Can Evolutionary Theory Help Us Understand the Relationship Between Parenting and Technology?

Parenting and technology interact in many ways. As a sampling of these interactions, take the illustrations in Figure 1 of my soon-to-be-published chapter titled “The Cradle of Humankind: Evolutionary Approaches to Technology and Parenting” in the upcoming book The Oxford Handbook of Evolutionary Psychology of Parenting. The thesis of the chapter is that evolutionary theory has helped — or, in some cases, can help — us to understand of the relationship between parenting and technology.

Figure 1.  Technology as always been an important driver of offspring-directed parental behaviour and beliefs, and vice versa. Pictured here are some examples: (A) terracotta infant-feeding vessel from southern Italy (4th Century BC); ; (B) advertisement for a baby cage used to get fresh air for children in crowded cities (early 20th century); (C) woman getting a fetal ultrasound in a rural clinic in Brazil; (D) ingenious contraption used by a Karo mother in rural Indonesia to keep a baby safe and occupied with a chair, umbrella, and mobile phone while she tends to a tomato garden; (E) woman with her baby slung on her back using a water pump in Ghana; and, (F) Sami woman carrying a child in a Komse, or child carrier, in Lapland, Sweden (ca. 1880). Copyright information for images: (A) photograph taken by author from ANU Classics Museum, Canberra; (B) public domain image taken from Fischer (1905); (C) Agencia de Noticias do Acre, Creative Common CC BY 2.0; (D) photograph taken by author; (E) USAID, public domain; and, (F) public domain image from 1880.

Now, I had to start the chapter by sorting out that parenting can mean both childbearing (producing offspring) and childrearing (raising offspring). Further, I wanted my account to include the full range of the most frequently adopted evolutionary approaches to understanding human behaviour: evolutionary psychology, human behavioural ecology, and dual inheritance theory. With this framing, I chose six examples as illustrated with Table 1 from my chapter: 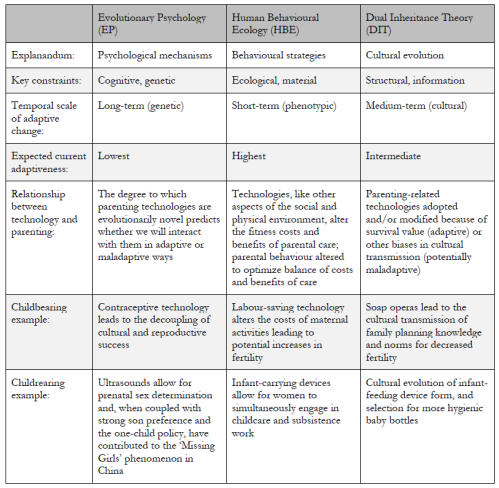 Table 1.  Evolutionary approaches to the study of human behaviour: the ‘three styles’ framework (adapted from Smith 2000: 34).

If that sounds interesting to you, please check out the preprint of my chapter, which I am allowed to provide under Oxford University Press’s Author Re-Use and Self-Archiving policy. The book is slated for publication in the 4th quarter of 2018. I will update this post with a link once that occurs.

Kushnick G (in press) The cradle of humankind: Evolutionary approaches to technology and parenting. In: Weekes-Shackelford VA, Shackelford TK (eds.), The Oxford Handbook of Evolutionary Psychology and Parenting. Oxford University Press. (To appear in 2019).